A Happy New Year to our readers, ZGG have not been posting since before Christmas because I gave the Corporation some time off after some excellent adventures (details of which will be posted in due course) before Christmas.

For the last couple of days I've been located in our "stomping grounds" around Amdonen running some small/medium mining operations as we need to gather as much standard minerals as we can for future projects.

It's been mostly uneventful, the belt rats providing a little distraction but last night I happened to be mining in a belt where there was another, rather new, corporation mining into cans. Can mining is quite common, I've done it, every NEW pilot to EVE will no doubt do it but those that do learn quickly to either stop doing it or suffer the idiots who will flock to them.

I saw a Brutix mining into a can and a Iteron doing hauling runs, I thought nothing of it and in hindsight I wish I'd put a warning out to them to yank it in ASAP as there is a well known "pirate" corporation called Sleeping Dogs Awake (SLDA) that considers the area around Amdonen theirs and they are always on the look out for cans to flip. 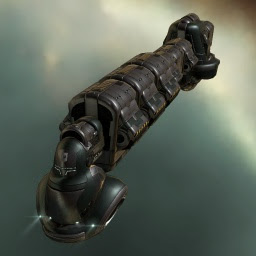 Luck was not with the miners last night, I parked the ZGG Orca into the belt and waited for my corp mate in his hulk to warp in I watched as a character named Fuji9000 moved towards the can miners. I didn't need to check, Fuji9000 and I have had run ins before, and I knew what was going to happen next.

Fuji9000 zoomed into the can in an Executioner, fortune favoured him as the miners had moved away from the can to start on another section of the field but left a can for the iteron to pick up. The can was flipped and Fuji9000 warped out, a few seconds later he disappeared from local so he had either left the system or logged off. Local then came alive with curses from the miners who had their can flipped, the Brutix moved to the flipped can, and shortly the iteron appeared warping onto him.

Local continued to flash as messages were posted with insults to Fuji9000 and pirates in general, Fuji9000 still wasn't appearing in local and this was pointed out to the miners who must have checked. My corp mate happened to jump into the system from the only gate and confirmed to me when I asked if Fuji9000 was in the next system that he was not, had he logged off? It didn't make sense.

There were now about fifteen people in Local so I started checking them out, why would Fuji9000 flip a can and leave either logging off or jumping 2+ systems, I smelt a trap. Unfortunately for the miners I found the trap too late to warn them as at the top of local (lesson: check from top to bottom not the other way) but SLDA had another member in system who, as we found out, was cloaked in the belt.

An aside: I've said that I've encountered SLDA and Fuji9000 before, I have and whilst they do abuse me in local they no longer attempt to interfere with mining operations I'm in. The one time Fuji9000 did he nearly lost his ship because he didn't expect a dozen Tech 2 drones from miners, he escaped but only just as he was well into structure. Since that day I'm happy to report they leave me alone and I tend to ignore them.

As I said, SLDA had a cloaked ship in the belt flown by Apex Bex, and the moment the miners reflipped the can he decloaked and pointed the Iteron. The Iteron is a basic frieghter and it stood no chance against the attack that followed, Apex Bex was flying a Manticore and he was able to destroy the Iteron in two shots, before the second missile hit Fuji9000 jumped back in in a Dominix ready to deal with the Iterons friend, however his friend knew he was outgunned and warped to the safety of a station as soon as Fuji9000 appeared.

It was definitely a trap, well sprung I have to admit but cowardly all the same. Local continued to be animated as the SLDA guys started gloating and the miners responded with threats and insults. It wasn't pretty but to be expected and fortunately the miners only lost the Iteron, it could have been worse.

Can Flipping Cowards 1 Miners 0.
Posted by The Captain at 10:13 No comments: